2AConcealment was born and together they specialized in providing the community of Sumter a professional and safe resource for their concealed carry and self-defense certification needs. Then orders to Italy dropped out of the sky! Gary had to close 2AConcealment and do his duty by living in Italy for 4 years with his family. This is where he fell in love with world travel, German beer, and the most amazing food. Gary retired from the Air Force after 20 years of service and is now an owner and the Range Operations Manager here at Ricochet Range LLC.

From Colorado to California, Montana to South Carolina, Megan has always had a love of travel. Our preeminent “Planner Extraordinaire” works best with a plan in hand. Even in high school, Megan was active in fighting for the rights of others. President of the 1st “JR Reps” program of the Modified Motorcycle Association in California, She was an integral part of educating and letter-writing campaigns for the rights of motorcyclists in California. After a brief time kicking around with her Air Force husband in the frozen tundra of Montana, she settled down and homeschooled her children. In her 30’s Megan went back to school and earned an Associate in Biology with a focus on human anatomy, (maintaining high marks even while raising a family!) after some major life changes she decided to switch gears and changed her major to Accounting and earned her Bachelors. She likes traveling and taking long rides on the back of her Indian Motorcycle. Current Carry: Chrome Springfield 911 .380

Jenny and Gary married right out of high school. For the next 20 years, along with their two sons, toured the U.S. and Europe, thanks to the Air Force. Jenny learned to appreciate good food, good wine, and good people along their crazy adventure they call life. Jenny and Gary were the dynamic duo behind 2A Concealment while they were stationed at Shaw AFB. She is a stalwart activist who loves to encourage women to become knowledgeable, skilled, and armed. She believes that women should be confident in their ability to defend themselves and the ones they love. Jenny homeschooled both their boys and even found time to go back to school herself. Jenny recently obtained her Associates Degree in Business Management. Her award-winning personality and smile shines through in her engagement with the community. You can find Jenny manning the keyboard, helping our customers, or perfecting her shot with her Springfield 911 .380 or her Ruger SR22.

Born and Raised “On the streets of Bakersfield” in California, Robert met Jenny, Gary, and Megan at Bakersfield High school beginning their life long friendship. In 1999, Megan and Robert married and Robert shipped off to San Antonio, TX to begin his Air Force Career. Upon completion of Basic military training and USAF Security Forces training, Robert took Megan to Malmstrom AFB in Great Falls, Mt where he posted to the missile field as a Flight security controller. Robert left the Air Force and made his way back to Bakersfield, Ca. Where he worked in the Oil Field as a pumper, parts runner and sometimes roustabout. Robert, upon receiving an AS in HVAC/R began work as an HVAC technician and would move up to become a service lead and supervisor and then to branch out into Steam troubleshooting and training in the Oil fields of Kern County, Camarillo and Oxnard.

Finding an opportunity to help Gary and Jenny start an indoor range in Sumter, Robert jumped at the chance! Now living in Sumter, he spends his time as an assistant coach for his daughter’s shooting team (Go Baron’s!) and is the acting Sales Manager, CWP/ Basic Pistol instructor, Goofball for Ricochet Range LLC. His Interests include sporting clays, riding his motorcycle and Shooting his M&P Shield 9mm

Long time friend of the owners, Erik fits right in to the crew. Raised In the Netherlands this military brat would go on to join the Air Force as a Mechanic. His friendly attitude and approach to life make him a joy to be around. Retiring from the USAF after 20 years and several interesting duty stations. Shaw AFB and Sumter, SC. is his home now. Erik is an NRA and SC SLED certified CWP instructor and a former Scout Master. His keen eye for detail and mechanic background make for a great combo. Current favorite carry: Springfield 911 in .380

Our newest member of our team, Kris’ skills are an essential cog in the Ricochet Range gears. Kris, like her partner in crime Erik, fits right in to the Ricochet Family. Kris started out in the US Air Force as a vehicle mechanic and quickly excelled in the back office side of things with her manager skills. Kris’ organizing skills ensures no shipments are lost and new product are inputted and put on the shelves quickly.

Two year early high school graduate and son of the Ricochet family, Riley can be spotted at the Range either behind the counter or performing safety on the firing line. Riley’s early passion for firearm use and safety has lead him on a path to the family business.

Ricochet family member Katie started her range work with us from day one. Katie spends her days answering questions and helping out members find everything they need for their everyday essential. 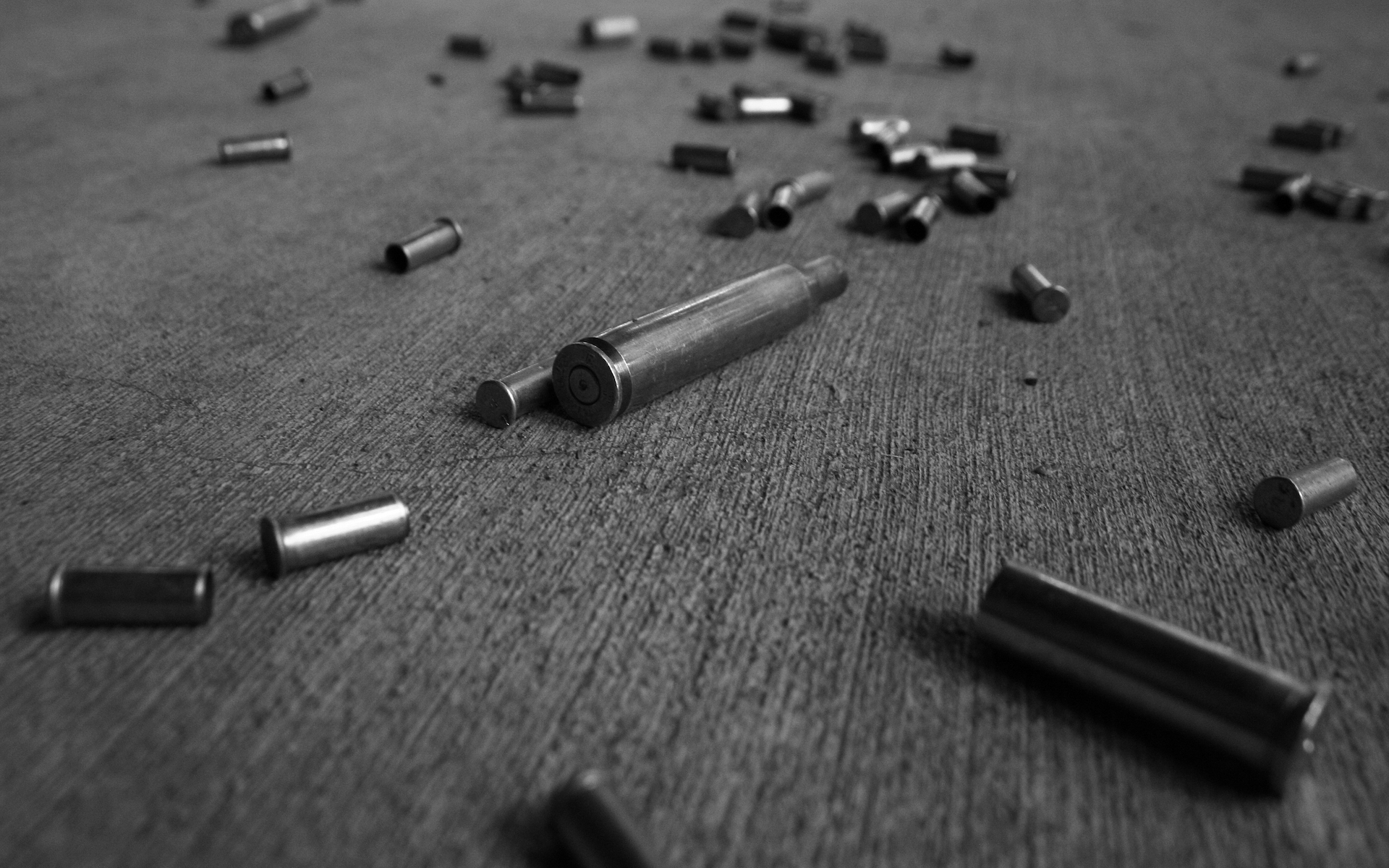